Last Friday I got a chance to experience what I have always been looking forward to doing. Which is going to an actually Social Media gathering, also known as a tweetup, in a sense. The event was @ the Coffee Lounge in Birmingham City Center. BCU School of Media paid for free coffee and it was glorious. We got there at 10am and then it was just meeting different people from various industries, such as television, radio, film, and whatnot, in general they were from the media industry. It was an unique experience because we wore our name tags with our twitter names written on it so people can start following each other. I had the chance to network with tons of interesting people, who I am now following on twitter. Many think its awkward to meet face to face with the person who you have been in contact with over the internet. However, I noticed that it was actually much easier to approach people when you have an idea of what they do, what their interest are, and what they look like.

Once that was done we went over to the Moseley Exchange for the BCC DIY hack day. BCC DIY was a community driven get together to redesign the Birmingham City Council website. The reason being, Birmingham City Council, spend a lot of money for a website which lacked basic info that the community members were looking for. So Stef Lewandowski decided to take upon himself and the community to plan a BCC DIY hack day on Friday. People from the community were invited to come to the Moseley Exchange, where they provided office space for a day. Here they pretty much collaborated on ideas and people contributed to the new website, which is all community driven. Below is a video I took with the iphone of Stef giving a overview of the whole thing. There are also some snapshots of the event.
I am already looking forward to more Social Media gatherings and events in the near future! The social media scene in Birmingham is completely different from anywhere I have been before. You can see the use of social media everywhere, from a small pub to BCU using it effectively and creatively to get across to their audience. It's simply awesome! 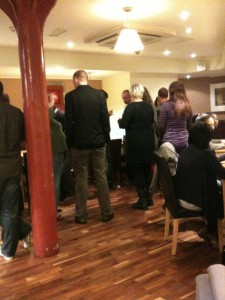 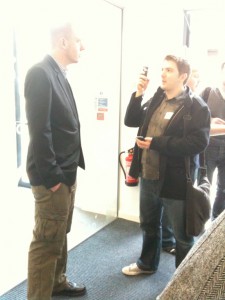 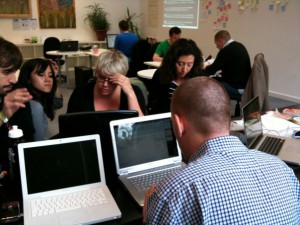 See the full gallery on Posterous

One Response to “My first social media & DIY hack event!”